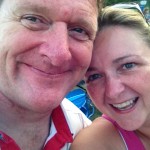 I learned very early on that life with David was never dull.  There was always something going on and I found myself in a new circle of people I met through his activities and interests.  Many of them were also disabled, some with spinal injuries but I also met new friends with a variety of other conditions.  A lot of the spinal injuries are the result of accidents; some like David from diving, others from car crashes, horse riding, rugby and skiing.  But all of these new people I was meeting had something in common.  They were living their lives and enjoying amazing experiences; often more so than many able bodied people I knew.  Some of them were born with conditions that will continue to get worse, and they have learnt to cope with everything that life deals with them along the way.  But they all have an incredible self-deprecating sense of humour, are extremely open and honest, and all seem to move in a world where political correctness is all but unheard of 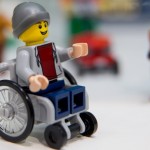 You’ve probably heard the terms paraplegic, quadriplegic and tetraplegic.  All three define paralysis depending on the level of trauma or injury.  Paraplegics are ‘low level’ and have some or all of their trunk, arm and hand function.  Tetras (called quadriplegics in the USA, this term is often used in the media too) generally have less function and usually little or no use of their trunk, hands or arms.  Some people with paralysis can bear weight and walk; they are sometimes referred to as ‘annoying walking bastards’ in the tetra world.  The tetras with their ‘function envy’ consider anyone slightly more able than them to have ‘a scratch’ or a ‘broken toe’ at worst.  All delivered (and received) with very good humour, I learnt that conversations between groups of physically disabled people tended to revolve around several topics:  their bladders, bowels and sex lives, the NHS, annoying walking bastards and their fully functioning hands, carers (only ever the stupid stories!), the cost of inner tubes and the lack of accessible pubs in most of the UK.  They don’t sit around and moan about their misfortune, their failed relationships or their lack of independence.  Quite the opposite in fact!  My new life with him opened me up to a world I knew very little about.  He spends a lot of his time playing wheelchair rugby, and when he’s not doing that, he sails!  So that first summer when we were in our shiny new bubble of love, we escaped the carers whenever we could and I found myself rigging a racing dinghy and learning all about sailing. 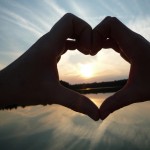 David changed his care arrangements soon after I moved in; it was pretty obvious that having a third person in the house wasn’t going to work.  It’s really difficult to constantly explain where things go, how you want things done, where boundaries lie, over and over again.  The carers changed, it was easier with regulars, but nevertheless a frustrating situation.  I was getting bored of having to search out my knickers from his sock drawer, or hunting for the Sky remote control yet again.  And explaining WHY the saucepans are stacked in a particular cupboard – THEY JUST ARE!  According to David, I have violent OCD tendencies and he was adamant that at some point, he would be having to explain the death/injury of someone due to my complete inability to cope with them in the house.  Slightly over exaggerated, but he did have a point.  So we changed to having a carer come in to help on certain days; this immediately worked much better for us and we felt like a normal couple in our own home.  But I still struggle with the whole concept of him needing a carer; I always have and I always will.  Yes, if we didn’t have someone in, I would have to do everything myself, and there aren’t honestly enough hours in the day for it all!  However, it’s kind of strange opening the door in the morning to someone who is then going into our bedroom and dealing with the most intimate aspects of my fiancé’s day.  I don’t like it, I accept it as a necessity, but I will never feel comfortable with another woman seeing my fiancé naked and putting his pants on him (or arranging things within the aforementioned pants).  A lot of you will read this and think ‘well, it’s just like having a nurse there to help him with those things’ and that I am being completely unreasonable.  It is very, very hard to explain how I find it so uncomfortable.  I speak to other partners of guys in the same situation, and many of us have the same issues; we know and understand that it’s a necessity, but we don’t love it!  But I love him, and that is part of loving him.

Carers are good people; they enable and facilitate.  And it’s quite often bloody hard work.  Physically moving a 13st man around is tiring.  Mentally you need to remember a million things (placement of saucepans being crucial) and also be alert and able to deal with an emergency.  In David’s case he needs someone to be his hands and feet, he is perfectly capable of thinking and speaking for himself (if you have met him, you will know that he generally has an opinion!).  And some days, if you’re feeling like crap, or you’re just plain knackered, doing all the things he wants and needs is really, really tough.  So yes, I do need a break from it, and that’s why we have a carer to help out.  As much as I may not like it, I have to accept that it is part of our life, and that otherwise I would be broken by now!

A lot of the world seem to presume that people in wheelchairs are also stupid or that they can’t think for themselves.  I often get asked ‘how does he take his tea?’ or ‘shall I help him with that?’.  My responses are pretty short.  People often ask me the question, usually because they are uncomfortable or unsure of how to act.  He hates people doing things for him that he CAN do for himself.  He hates being pushed in his chair; he will ask when he needs help.  He hates people putting things back in a different place; they are generally there for a reason.  And God help you if you try and suggest a new way of doing something he has perfected over 17 years of living with his injury!  So no, people in wheelchairs are not stupid (there are a few exceptions to this of course!) and they are usually pretty good at telling you what they do or don’t want.  But the land we inhabit is a frustrating place when you depend on smooth flat surfaces to get around.  Stairs are evil.  Gravel is a thing of nightmares.  Cobbles…don’t get me started!  Wherever we go, I’m always wondering, can we get in there, is that accessible, where is the drop kerb, is some selfish tosser parked across it?  And then there’s the whole issue of disabled toilets.  I don’t give a rat’s arse how long the queue for the loo is; if you think using an accessible bathroom when you don’t ACTUALLY need it is ok, then you need a slap. 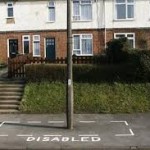 They rock; and they roll.

And for God’s sake, if they have someone with them, don’t ask THAT person how they take their tea.  You might find your toes get rolled over.