Just get on with it!

I’ve never been one for sitting around and grieving a loss, even when it comes to death.  Although inside I am filled with emotion and sadness, I am always pragmatic and realise that sometimes there is nothing that you can do about things, so you just have to get on with it.  This is just how I deal with things, I have to immerse myself in something else to take my mind off whatever has happened, and have some fun.  The change in my family situation, and the threat to my finances of divorce and care funding, all seemed to be largely beyond my control.  I could fight for my eligibility for Continuing Healthcare Funding, but logic and decision making in the NHS seems to be somewhat subjective and arbitrary, so my life was in their hands.  This was also how I dealt with becoming paralysed.  Obviously there were times when emotion flooded out, but I fought hard against the temptation to give up and spend hours in the pub.  Tempting though it was, I knew that this would not help me to enjoy life ultimately.  Many people who have such catastrophic events head for the bottle, and I have seen how that can destroy lives.

So my reaction was to buy a boat. Well 2 actually.  My parents were fantastic and helped me to fund buying a SKUD 18.  I had decided that since Amanda had left I could now pursue my dreams of trying to get to the Paralympics.  Money was still going to be an issue, but I decided to blitz it to see if I had the ability, whether I had what it takes to be a Paralympic sailor. 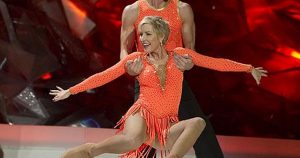 The first thing I had to do was to find a crew.  Now in the SKUD 18 class of boat, it has to be a mixed male and female team.  The helm has to classify as a 1 or 2 pointer, which I do, and the crew needs to be strong, have good hands, and ideally be able to shift their weight from side to side.  Unfortunately money does come into it, because at that level it is not a cheap sport; but also the person would ideally live somewhere close to where we could sail.  In order to try to find a crew I put messages out on various disability websites and Facebook pages.  In hindsight the advert could have been misconstrued: “I’m looking for a slightly impaired wealthy woman to take part in water sports”.  However, it probably explains some of the responses; who knew there is a dating site specifically for amputees?  I even messaged Heather Mills to see if she would be interested, but at the time she was busy doing Dancing on Ice. 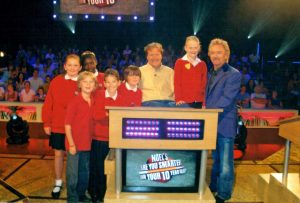 Are you smarter than your 10 year old?

There had to be some way of getting money together? I applied for a TV game show, and unbelievably I got accepted to go on “Are you smarter than your 10 year old?”.  There were two versions of this programme, one with Dick and Dom, and the other with Noel Edmonds.  The Noel Edmonds version had a potential win of £500k.  Zoe was 10, and we had to choose 5 of her school friends to make up the panel of kids that I could draw on to help me answer the questions.  I have to admit that I had the humiliation of having to say “I am not smarter than a 10 year old”, and to not being able to spell XYLOPHONE on national TV.  However, I was smart enough to win £100k.  This helped a lot with funding my sailing activities, and unfortunately the divorce settlement.

I ended up putting my boat at Rutland water because the support was there, and because of the size and depth of the reservoir.  Rutland is two and a half hours drive from me, so it made training a very long day; we’d leave at 7am, get the boat rigged and launched, sail from 1 until 4, have food, race from 6 until 8, recover and derig the boat, have a drink, and then drive back; usually home by 1am.  For a while I couldn’t find a regular crew, but I needed some good practice, so I decided to enter the midwinter event in St Petersburg, Florida.  A lady, Jackie Gay, had had a lot of experience in a SKUD with Allan Smith (a former paralympian), and was going to be at the event with her husband, John McRoberts.  Kindly she agreed to crew for me, and I learnt much from sailing with her, and training alongside the strongest contenders for the USA and Canadian Paralympic team places.  Jackie has now moved to Canada, and will be competing with John in Rio this year.  John achieved bronze in 2008, and narrowly missed out on a podium place in 2012.

When I returned I found a potential crew who lived in Rutland; Christine Spray.  She hadn’t sailed much before, but certainly had the right mind for competing. Christine had broken her back in a riding accident, leaving her paralysed from the middle of her back down.  For a couple of years we attended the events in the UK that we needed to, alongside the world’s best sailors in the class.  I considered moving to Rutland so that I could train more, and actually to get away from the area to make a new start.  It was a big move to make away from Zoe, and in retrospect I’m very glad that the house didn’t sell.  Attending events in the UK was a costly, labour intensive exercise.  If it wasn’t for a few wonderful people, especially Ben Measures and Leroy Baird from Rutland, it would not have been possible.  We actually performed amazingly well considering the level of our disabilities, our age, our lack of experience, and our financial constraints.  It was a great experience, but after a few years I decided that realistically we could not compete against Nikki Birrel and Alex Rickham, who were fully funded, young, were less disabled, and were much more experienced. They had a team behind them, and they spend their lives training.  In 2012 they achieved bronze, and will be representing GB again in 2016.  Good luck guys!

I sold my boat, and decided to focus my efforts on enjoying my sailing and rugby locally, and to improve my social life.  Also, it was important to me to enjoy Zoe’s company for the last few years before she heads off to University.  Anybody who has a teenage daughter will appreciate that I use the word “enjoy” loosely, but I was at least here to provide money, and so that she has somebody to insult, and to feel embarrassed by in public. My blitz at Paralympic sailing ended when I went to a wheelchair rugby tournament in Cologne, the Berndt Best, and I drove over towing my SKUD in order to sell to a buyer from Switzerland.  We had a fantastic tournament, and because lots of the team couldn’t make it, I was on court most of the time. It was sad to end an era, it had been great fun, but it was the right decision.

The other area of my life that was missing was love. I started to consider embarking on dating.  Although I had rebuilt my confidence, the idea of dating again after over 20 years was quite daunting.  I struggled to understand how, or why, anybody would be interested in meeting somebody with such a severe disability and care needs.  There are loads of middle aged single men out there, why would anybody look at me?  How do I even go about it?

The next blog will look at dating again……..