One evening in June 2013 I was sat in my armchair, half watching TV, probably drinking a glass of red wine, and scanning through the profiles of people on Match.com.  I tended to find that anybody I expressed an interest in had no interest in me, so after quite a few attempts at writing cleverly crafted, witty messages, I decided that I would only do this in exceptional cases; it was far too time consuming and demoralising. Fortunately I did receive some messages from women, however the quality was quite variable.  I know you shouldn’t judge a book by its cover, but there does obviously need to be an attraction.  Some people’s profiles really didn’t do them any favours; you’d think people would put their best, most flattering pictures on show wouldn’t you?  Anyway, this particular evening I received a wink from somebody.  I don’t think I even bothered looking at the profile for a while because I thought that the sender was probably just randomly winking loads of people, and hadn’t taken the time to look at my profile, or write anything.  After a little while I did take a look at her profile. This confirmed my thoughts; she can’t possibly have intended to wink at me.  What I saw was a pretty, smiley, younger, bright-eyed blond; and her profile was quite funny too: 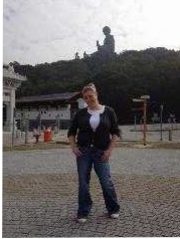 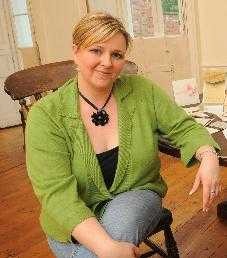 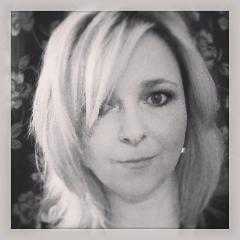 Second hand, but good for the occasional run in the country.
Twin airbags, oversized bumpers and bodywork in need of a good rubdown.
Desperate for a bit of TLC and being allowed to run at full potential.
Definitely worth a test drive at the very least, performs very well when fueled with white wine.

So rather than wasting time writing too much on a lost cause, I decided to just enquire whether she had actually intended to message me. To my surprise, a message came back telling me that she had.  We exchanged quite a few messages, which I remember being quite fun and flirty, and although I spoke about wheelchair rugby and sailing, the question of my disability and why I was in a chair never came up.  After a few days of messaging, we agreed to speak on the phone.  I’d been to visit old University friends for lunch in London that day, but I remember being quite excited about the call that evening.  I think I even talked about Nicky over lunch, even though we hadn’t even spoken.  On the journey home I was getting quite nervous, wondering what to say that evening. 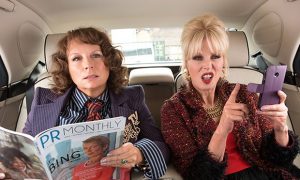 When the time to call came I thought I’d leave it a few minutes so that I didn’t look too keen.  I took a few deep breaths and dialed the number. It appeared that she was taking the same approach because it took ages for her to pick up the phone.  Conversation was easy; we started by talking about our day. This led to an amazing coincidence, or fate.  I’m not a great believer in fate, but since I’ve met Nicky there have been several very strange coincidences which would be hard to explain by just chance.  For any Hitchikers guide to the galaxy readers, events that have happened would have a very high improbability factor. For two years between 1996 and 1998, I worked for a small direct marketing agency called CBA. They employed maybe 40-50 people split between a London office in Kensington and another in Bristol.  That day I had met Tim and Andy at the Goring Hotel in Kensington, so mentioning that led to Nicky telling me that she’d worked for a small marketing agency that I would never have heard of in Kengsington.  It transpired that it was indeed CBA, and that she’d worked there at the same time.  The agency was quite a fun agency which was run by a couple Jackie and Chris.  The clients we had revolved around booze, fags, and hotels: Imperial Tobacco, Whitbread, Allied Domecq, and Paramount Hotels.  After working for a larger agency called Brann, CBA was a bit of a throwback to 80s agency life, involving lots of drinking and socialising. A bit like Absolutely Fabulous does marketing. 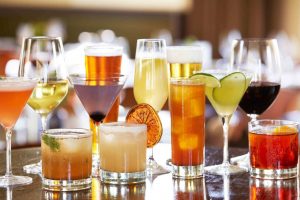 I was head hunted to work in the Bristol Office as a Senior Account Director on the Whitbread and Allied Domecq accounts, and picked up the Paramount Hotels business after joining.  London was the head office, so I often visited there for meetings.  Nicky, being quite a bit younger than me was PA to one of the Account Managers up there.  After our telephone conversation, I looked back at Nicky’s picture to see if I recognised her.  There were several company parties over my time at CBA, which got the London and Bristol teams together.  One was held on Monkey Island, and involved a team building exercise: creating, and devising a marketing campaign for a new cocktail.  There was also quite a boozy Christmas party in Bristol, and it was this one that I remembered seeing Nicky.  I’ve found out since that she went back to Kensington and flirted outrageously with a famous pop star; but she probably hadn’t noticed me at the party, and I’d just got married.  I delude myself that she would choose me over them, but she is a great actor, and reassures me that I would have been her choice.  George Clooney, James Martin, or James Hook, though are apparently a different matter.

The conversation flowed very easily having this common ground, but knowing Nicky much better now, I don’t think conversation would have been difficult anyway.  That is something that I really love about Nicky; her ability to talk to, and get on with most people.  I can’t really remember what we talked about, but it was fun, and we were on the phone for an hour and a half.  She didn’t mention “the chair”, so I do remember asking if she had even read my profile and seen the picture of me in a wheelchair.  This did lead to a bit of an explanation about my injury and what this meant in terms of what I could and couldn’t do, but she appeared completely unperturbed about my disability.  Although she was now aware of the level of my injury, she couldn’t have known or understood all the implications that this has in terms of the help that I need on a day to day basis.  I thought that on meeting, this would probably put her off going any further towards a relationship.  However, I was loving our conversation, and really liked her positivity, enthusiasm, and outlook on life; nothing seemed an obstacle.  I was also really impressed that she had set up her own business, and was running Millie and Me single handed.  We agreed that we should meet, and set a date for Nicky to come to Cirencester that Friday.