If this is your first visit to my blog, you might want to start at the very beginning 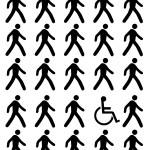 I did have doubts about it all; I’d be lying if I said otherwise.  I had kind of fallen for him during our chats, before we had actually met – can’t explain why, it just felt right. But I had to get my head around everything and decide if I could deal with it, before I let myself fall any harder for him.

Most of my friends were incredibly supportive; they understood the enormous implications of what I was potentially getting involved with.  They drank wine with me (there were allegedly a few chats over coffee, I’m not entirely sure!) and they let me witter on about him; it was pretty obvious that I was already head over heels in love!  But dealing with his care and the nature of his disability was something neither me nor my friends had any experience of.  Some people thought I was half barking mad; just another ‘fixer-upper’ for me to break my heart over and be sad about when it all went arseways.  Some asked outright ‘do you know what you are letting yourself in for?’.

I also learnt that not many people know a whole lot about spinal cord injury. 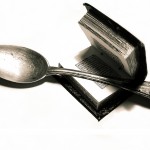 I read every damn website about SCI and disability, I trawled the internet for answers – Google was my friend!  I spoon fed myself every bit of knowledge I could find.  There are some great forums online, and although heavily populated by Americans (not a bad thing, just a fact!) I did find that I wasn’t alone and there are lots of women out there who have amazing relationships with paralysed men.

If you know me, you will understand that I researched EVERYTHING. Wine consumption was at an all-time high as Google struggled with ‘can tetraplegics have sex’ and ‘will his man bits work in the same way?’.

There might even have been a spreadsheet created full of the shiny new things I knew.

And so armed with my enormous wealth of knowledge, I decided that it would all be ok.  I was already in love with him and if it was meant to be, we would find a way to make it happen.  So we talked.  I was honest and open and asked him a thousand million questions about every aspect of his care needs and how we could work things so that we could have a normal, adult relationship.

Some people need care; David needs someone to help him in almost every basic day to day task that the rest of us take for granted.  He can’t get up or dressed without help, he needs someone to make him a cup of tea/pour wine.  He needs help to get in or out of the car (he drives a completely normal/boring Volvo with specially adapted hand controls).  He needs his food cutting up and help getting medication, personal care and lots of other teeny tiny things.  He’s pretty crap at picking stuff up when he drops it too.  And yes, before you ask (and people do!) his car is an automatic.

When I met him, David had live-in carers from a specialist agency.  They are trained to deal with his specific needs and to help him with living his life.  He is probably one of the most intelligent men I know, and as such, is not easy to care for – he knows his own mind, that’s for sure!  But then as an able bodied person, I don’t have to explain how much honey to put on my toast.  Or (for the fourth time) which drawer the teaspoons live in.  Or how to cook frozen peas (to the astonishment of one particular carer, they DO NOT go on a baking tray in the oven).  And he had someone living in his home, not always treating it in the way he would choose.  Can you even begin to understand how you would deal with all that?  I’m pretty sure you can’t.

Some of them were great and I liked them straight away.  They came and went every few weeks.  One in particular, I disliked immediately and she made me feel very uneasy and on edge; she treated me as a threat and was incredibly protective and jealous when I turned up.  I had visions of scenes from ‘Fatal Attraction’ – I really did!  (I might have pulled faces behind her back; I’m not very good at hiding my feelings….).  He never hired her again.

I decided that if this beautiful man wanted me in his life, then I needed to be in it 100%.  I decided that I needed to be able to do things for him too, without another person constantly shadowing us 24/7.  Sometimes Google was not my friend.  Sometimes Google is really useless when you ask it things like “how do I start having a relationship with this sexy tetraplegic with another woman/carer in the house”.  Google does not have the answers to that.  Well, it does, but they are not the kind of websites I was looking for!

I learnt as I went along.  He made the process very easy; no one wants to be dependant or have to ask for every little thing to be done for them, and I grew to adapt and understand more and more about him.  David needs someone with him. Not just to enable him to do stuff, but he is prone to a very dangerous condition called autonomic dysreflexia.  If someone stuck a knife in your thigh, chances are, it would hurt and you would say ouch.  If you have no sensation in the part of your body that is being caused extreme pain, or any kind of discomfort, then your body doesn’t know what to do!  So instead of telling your head to say ouch and swear a lot, it sends your blood pressure sky high very fast.  Until the cause of that pain/discomfort is removed, the condition is potentially life threatening.  Luckily it doesn’t happen very often, but he needs someone with him if and when it does!  Generally, it is not caused by people sticking a knife in his thigh, it’s usually something really mundane like a twisted zip or finding a screwdriver in his shoe (there’s a story in there, I promise!).

And as time wore on, we made it work.  He had some good carers who knew when to appear and when to disappear and they let us get on with being us.  4 months after we had that magical first date, I moved in.  It was absolutely the right thing to do.  The most complicated bit was working out if Millie the dog would eat his two cats (we still have two intact cats BTW)!  A few months later, we changed his care routine so that we don’t have people living in the house any more (he had to ut up with me the rest of the time hahahaa!) – this was a HUGE step for us both, but it has made a difference.  More about that another time.

I think I might have promised to tell you a bit more about “the other stuff” that we all know is part of any loving, adult relationship.  Yeah, I’ll get to that.  I need to put an order into Naked Wines and sit down with some fermented grape juice before I put pen to paper for that blog post!

I still have moments when I wonder what would have happened if I hadn’t met him; he completes me in a way I didn’t know was possible.  He makes the sun shine even on the darkest day.  I dread him being ill or in pain; thankfully those days are few and far between, but I try and share those black times with him and we both know that the love we have is unconditional.  I’m not the first person who has ever done this – I’m no saint and I don’t want pity, admiration or platitudes from anyone.  I’m just honestly grateful for fate intervening and putting us in each other’s life.  And I certainly don’t feel that I have settled for second best by choosing to spend my life with a disabled man.  Look at your partner; your significant other; your person; are they perfect?  I very much doubt it!  Mine isn’t great with sharp knives, tightrope walking or gravel.

But he’s perfect for me.

Wedding minus 200 and something days……and counting!