Sorry for the long delay since the last blog. Apart from it being an incredibly busy, we were actually getting married! Something very exciting happened which meant I couldn’t talk about something that needs to be in this blog. All will be revealed shortly….

Let’s pick up where we last left off… (Here’s my last blog)  So, I’ve popped the question and its full steam ahead.

The first thing that happened after I got out of hospital was deciding on a date for the wedding. We both wanted to get on with it, neither of us could see the point of a long drawn out engagement, and we were both too excited to wait. Looking at our diaries it was not easy. From spring through to the middle of October there are a series of Hansa Class regattas which all contribute to the overall season results. Also, we were heading to Holland in June to take part in the Hansa World Championships; so, we needed to plan around that. Then there was the Wheelchair Rugby season to consider! As Chairman, player, and backseat Coach, I felt I needed to be at the first league weekend of the season. We have ambitions to get our new team to the top flight like our able bodied colleagues at Gloucester. Working around all of those things, we found that mid October would be ideal.

The next thing we had to think about was whether we wanted a big or small wedding. This was quite a short conversation; we both have quite a large collection of friends and family who we wanted to share our day with. Having been in a wheelchair for 17 years, many of my friends are also in chairs; this was going to prove difficult to find a suitable venue. A church wedding in Monmouth would have been Nicky’s preference, but this proved to be impossible because of the difficulty of getting me in and out of a car, access to a church and reception venue, and the number of accessible hotel rooms we needed. Nicky has got an extensive knowledge of venues in the area which combine ceremonies, receptions, and which can accommodate large numbers of people in wheelchairs. The place that really ticked all the boxes was The Four Pillars Hotel in the Cotswold Water Park. We arranged to visit the wedding coordinator, and had a good look around, we loved the lake view and the large rooms where we could hold our reception.

Nicky went ahead and booked a registrar; we were both surprised to discover that there were already only TWO time slots available for our chosen date! 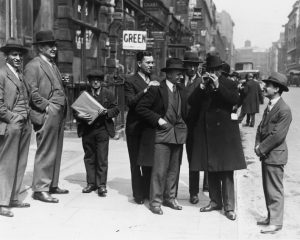 The ring that I’d bought for the proposal was intended to just be a dress ring once I’d bought the proper engagement ring. I thought that it would be a costly mistake if I chose something that Nicky didn’t like. There had been a design that I’d seen in one of many of Nicky’s wedding magazines that I really liked. Despite looking through seemingly thousands of rings, we kept coming back to this same design, or something similar. Nicky knew a diamond trader who deals in Hatton Garden. This sounded expensive to me. She reassured me that through his contacts we’d get a good deal. I was very sceptical. Nicky contacted him, and he kindly made arrangements to use a friend’s office which would be accessible to me in central London. We met up one rainy afternoon and after talking through our ideas and budget, he started to produce tiny plastic packets from various pockets, each containing individual diamonds of differing grades. 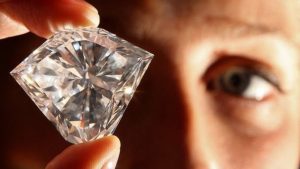 The first diamond that he produced was huge, and incredibly beautiful. Nicky’s eyes lit up. I asked how much it would cost. Luckily I was sitting down. I wondered whether he had misread the brief and added a zero to what I had in mind. That would make sense then in terms of the lengths that he had gone to in accommodating us. How do we get out of this one I thought… To my relief, he then produced other diamonds which would suit both the design and the budget! He spent several hours showing us the stones, explaining the various grading, telling us about Hatton Garden and his Dad’s involvement in the trade. It was truly fascinating. We settled on a diamond, and discussed the ring and the setting. The experience made it really special and unique; nobody else will have a ring just like this. A few weeks later the ring arrived; It was amazing. I can’t thank him enough.

Next we had to book the florist, photographer, makeup artist, cake maker, order a dress, think about the ceremony??? The wedding was still 10 months away! Are all these things really necessary? Apparently, on your wedding day it’s impossible to put your own makeup on, even though you are capable any other day of the year. (I must confess that she did do an amazing job on the day, on Nicky, and on the bridesmaids.) Anyway, Nicky started scheming with her florist friend Stephanie Saunders who has worked with her on other weddings. (I had been to one of those weddings, and the display was fantastic!) We looked into photographers, and were delighted to find that Marcus Ward at Big Eye Photography was available. Nicky suggested that we did a pre wedding shoot to work out how things would work. Naively I questioned why this was necessary, but looking at the things that Marcus gets couples to do in order to get interesting shots, I understood. We went to the sailing club, and also to locations Marcus had found around Cirencester; he had really done his homework. The pictures were incredible, although having being reassured all day that you couldn’t notice the spot on my chin; the first thing Zoe said on seeing them was, “What’s that on your chin?”. It was a very useful exercise to see what works well when one person is sitting. And good fun!

The next 10 months went in no time. Nicky had worked out the colour schemes that she wanted at the wedding (I had very little input in this!). She made beautiful invitations with a black and metallic colour scheme, decorated with crystals. Once we had finally got all the replies, full on planning started; there were lots of spreadsheets to do with timings and colours and décor. I had very little involvement in this, which I was quite happy about to be honest. The next debate was the seating plan for the ceremony, and the tables. The reason that the ceremony was an issue was because typically they’ll be one or two people in a wheelchair at a wedding, and generally they’re put on at the front or the back. We were having eleven wheelies. Spaces were left on the ends of rows down the aisle so that they could sit next to their partners. Over the last few weeks there were many changes to the table plans and we spent even more time on spreadsheets producing lists and diagrams for the staff, best men, and Nicky’s great friends Barry and Mike to refer to on the day. The table plans identified where spaces should be left for wheelies, and everyone’s dietary requirements. It was like a military operation.

In addition to planning the whole wedding, the exciting, but slightly scary thing was that it was all being filmed for a documentary for ITV. A production company, raw TV had picked up on the story from these blogs, and were putting together a programme which had a working title of “Miracle Weddings”.

I’ll tell you more about this next blog!