Could it be Magic?

Seeing as this blog is supposed to be about planning our wedding, I guess I should actually start telling you something about it!  I’ll get to the wedding stuff, I promise; but there seems to be so many other tales to tell you as well!  David’s most recent blog, tells you about his experience of meeting me online.  So here’s my perspective of the first night we actually met.  By the way, if you are enjoying our blog, please please subscribe to it; it’s very easy, just click the SUBSCRIBE link (on the left) and leave your email address; then you can be sure you’ll never miss a post!

I told you a bit about how we met in the very first blog (it’s here if you missed it!).  It all happened very fast. We spoke for the first time on Tuesday, and on Friday we met for dinner.  There was an instant connection through our messages and phone calls, we already knew that; but meeting up was going to be very different. 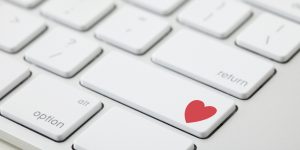 On the day of our date, I spent the whole afternoon getting ready.  Hours of preparation to make myself look, hopefully pretty, without looking like I was really trying!  At least 40 minutes of squishing, rolling and gymnastics to get the magic pants to make my wobbly bits stay in the right places.  At least 4 bra changes, 6 metres of cling film and a roll of duct tape to get the cleavage to behave: there is a certain amount of acceptable flesh to show on a first date.  If you know me, you will understand how difficult this task was.

And then; WHAT THE HELL DO I WEAR???  I knew he was a fairly casual type of guy, and I’m not often consulted for my fashion sense or wardrobe permutations.  I settled on jeans, a red v-neck top and suede boots.  For once I was grateful for a slightly chilly, damp, June evening which didn’t demand vest tops or strappy things, or the embarrassment of arriving with a shiny red face and frizzy hair.

I drove the 40 miles to meet him in a state of increasing panic and delirium.  I was incredibly excited, fizzing with nervous energy, and basically utterly terrified.  I got spectacularly lost which didn’t help the tide of nausea; looking back, I have no idea why I was so nervous, maybe it was because I already REALLY liked this man, and I desperately wanted it to be perfect.  At this point I knew little about the extent of his disability: all I knew was that he had broken his neck, and was in a wheelchair.  I knew nothing about his hand function, his balance, his abilities, his fragility, nor his care needs.

And when I arrived at his house, he opened the door to me and there was another woman there, his carer, and I knew nothing of that either.  I now know that he drip fed me with chunks of information in the early days.  Otherwise, it would have been a huge amount to take in and probably overwhelming.

Anyway, he and I pootled off into town to have dinner.  I walked along beside him wondering “what am I doing? This man is clearly quite disabled.  He needs help to do stuff. Will I get anything right? What if he needs to have a wee? Does he fancy me? Are my boobs going to fall out of this top?  Do I offer to push him? Shouldn’t he have a blanket over his knees?”

Completely ridiculous.  But at the time, about 86 billion thoughts were zipping around my head and I was absolutely terrified.  I should point out to you that all of these thoughts occurred to me before we even left the end of his road.  I had a minor melt down in the space of about 50 paces.

And then I forgot all about it.  Talking was easy, we had common ground having discovered we worked together years before, and we found it easy to laugh and joke about the company, our colleagues and life in general.  By the time we were halfway to the restaurant, I had pushed him up a slope without thinking about it, bent over to adjust a strap on the bag on the back of his chair (whilst trying not to unleash the carefully constructed cage of duct tape and cling film) and was wondering how the hell I was supposed to keep up with him as we descended the graceful long hill into town… He can travel at a fair pace downhill with a travelling wind! 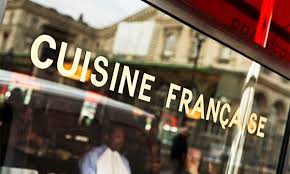 We arrived at Le Beaujolais, a cute little French restaurant in Cirencester.  There is a tiny lip to get inside, which when maneuvering someone in a wheelchair means you need to both hold the door open, and push the chair at the same time.  Epic fail.  Basically I had no idea what I was doing, didn’t ask his advice and virtually flung him out of the font of his chair.  At that moment, whilst I was gushing apologies and feeling like the world’s giantest idiot, I was fairly sure the evening was going to be a disaster.  I was pretty much panting (not in a good way) and incoherent by now; the combination of magic pants, and cleavage scaffolding were starting to take their toll.

Somehow we arrived at our table, were given menus and he ordered wine.  I needed wine like I have never needed wine before! But of course I had to drive home later that evening, and had to resist the urge to down most of the bottle.  Probably not a great look on a first date, but seriously, I was in dire, desperate need; I was so traumatised by the ‘nearly-tipping-date-onto-floor’ incident.  In typical “me” fashion, I was babbling on about all sorts of irrelevant nonsense, undoubtedly making him think I was a complete airhead/Muppet.  But I soon found that we settled into an easy conversation whilst ordering our food and I found myself becoming more and more at ease with a very charming, sexy, funny man.

When it was time to leave the restaurant and wander back home, I didn’t think about the tiny step again or the funny slope he would need help with at the top of the hill going back up.  His carer made us a coffee when we got back and was magically invisible within seconds; we sat and chatted for a long time until I had to leave to get back.

I kissed him goodnight, got into my car and drove home.  I listened to a beautiful cello concerto on radio 3 (I never listen to radio 3!!!) and smiled like some kind of demented-mad-psycho person that has just won £59 billion on the lottery.  Something had clicked.  Can’t tell you how or what, but I have never in my life felt so butterfly-sy, so excited, so real or so “OH MY GOD WHAT IS ACTUALLY HAPPENING TO ME?!?”.  I felt like I had been plugged into the mains, I was full of breathless energy; I felt alive.  I got home long after midnight and sat for a long time thinking about him.  I went from excitement, to devastation, to exhilaration, to hopelessness; over and over again.  And then I remembered that I had PROMISED to call my sister-in-law at some point during the evening to let her know that I wasn’t being drugged/kidnapped/murdered or enslaved in a sex cult.  Ooops.

Predictably the phone rang at a relatively sensible 8am the next morning; Suzie demanding to know if I was still alive and then more importantly, how the evening had gone!  I told her it was amazing.  I told her that I REALLY liked him.  And then I told her there was a “but….”. 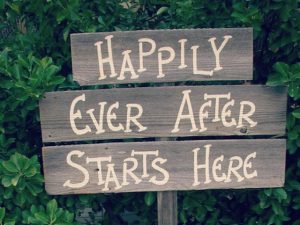 And when he texted me to say ‘I had an incredible night, do you think we could do this again?’.

The decision was never one I had to make.  Did the wheelchair matter?  No.

Did I worry about what other people would think?  No.

We saw each other again the following Tuesday.  Then the Saturday.  And the next Tuesday; and so it went on.  I couldn’t get enough of him and when we weren’t together we were emailing, talking, giggling, flirting and making plans for our next date.  You know the rest…..I’m 12 weeks away from marrying this man (12 WEEKS….HOW ON EARTH IS THIS HAPPENING!?????) and whilst my ability to stick to the wedding-dress-diet of no wine (painful), Ryvita (evil) and lettuce (it’s utterly dire without full fat Hellmans) is now being fully tested, I’m still wondering how I went from a girl meeting a guy for dinner to being 12 weeks (hell, it gets nearer each time I mention it) away from marrying him!