We’ve been back from Japan for a few weeks now, it was the most incredible trip and I will tell you all about it soon!  One of the downsides to a lengthy time away in beautiful sunshine was returning to the UK as autumn marched further towards winter at an alarming pace.  Cold, damp, rainy…and dark at 4.30pm – Yuck!

David, with his inability to regulate his temperature (you can read another whinge about that here) and his preference for being out on his boat whenever possible, does not enjoy winter.  AT ALL.  So we returned from the warmth of Japan with (what I thought) was just a cold we had both managed to pick up on the long journey home.  Trouble is, a cold for David is not just a cold.  He has rubbish circulation, he can’t cough properly as he has no intercostal muscles, and his sneeze is about as powerful as a budgie breaking wind…these factors together mean a cold can turn into something more serious pretty quickly.  We spent several nights with his bed raised to a sitting position; we used assisted coughs and all kinds of potions and things to try and get him comfortable.  But the cold had it’s grip on him and his chest sounded like a bag full of angry rattlesnakes.  Nothing eases it; believe me we’ve tried it all!  He could get a few minutes of relief from steam inhalation but otherwise I had to move him and turn him throughout the night.

That’s all very well and good, but I had a cold too.  And I felt rubbish!  I was exhausted; still plagued with awful jet-lag and using all my energy to fight my own cold in between helping him to maintain a regular pattern of breathing through the night.  Not ideal, but these are the things I chose to take on when we decided we wouldn’t have 24 hour ‘live in’ carers.  I guess this is familiar to some of you with children; the constant disruption to your own sleep, feeling utterly drained and lethargic but HAVING to carry on regardless with the occasional desperate cry of ‘why did I do this?’ as you crawl out of bed for the 19th time that night.

The cold marched on into a second week, no real improvement and he was confined to the house in case the near freezing, damp weather made it worse.  Due to his inability to clear his lungs, a chest infection or something nastier can set in fast and bumbling about in crappy weather will just exacerbate that. 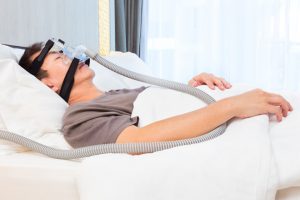 After several nights of us both being awake for hours, we plugged him in to a C-PAP machine; he usually uses it for sleep apnoea, it keeps the airways open.  Whilst it’s rather like sleeping next to Darth Vader, it did provide some relief and we finally got more than a few hours of uninterrupted sleep.  One night I sat listening to the sound of his rattling chest and I found myself wondering how much I could really take.  What if he gets really, really sick one day?  What if this cold becomes pneumonia and he ends up in an ICU bed with machines keeping him alive?  What if one day his body can’t cope any longer?  Can I deal with that?  Am I strong enough to nurse him through that; do I have the ability to be that person who can love so unconditionally whilst knowing each day or night could be the last we spend together?

The answer is yes, I could take it.  I would deal with it and I would manage.  And whilst it might be the worst of all the things we would ever endure, I’d face it fiercely with all the love and courage I have in me.  Because that’s what you do when you love someone; you know deep down in your soul that no matter what is thrown at you, no matter how black the darkest nights are, and whatever depths you are plunged into, your love will keep you going.  I contemplated those thoughts late into the night.  He was asleep but his breathing was uneven and horribly congested.  I knew he was in no immediate danger, but the thought of him being REALLY suddenly sick terrified me.  It’s not something you ever want to have to think about is it?  “What if my person becomes very ill and leaves me?”.  I hadn’t thought about it much; other than serious episodes of AD (Autonomic Dysreflexia – which in itself can be life threatening) he’s generally pretty well.  His overall health is excellent, he keeps fit and his skin integrity is pretty much ok.  People with spinal injuries can suffer in the same way as the rest of us with illness, but sometimes, because of the loss of function or poor circulation, things are harder to fix and take longer to mend.  So the cold was just a cold; and for that I’m very grateful.  Yes, it was a very nasty cold and I considered (more than once) sleeping upstairs in the spare room to get away from the rattling breathing and spasms that wracked his body every night.  But then I’m not there for him; he could call me on the pager or message me, but I still wouldn’t get any sleep because I would worry.   Like you would your child, you sit with them and soothe them.  You wish that your love alone was enough to fix them and that your hands could melt away the pains.  If only it were that simple.  If only he could turn himself, or sit up, or reach for a sip of water or some medicine…..but he can’t do any of those things without help. 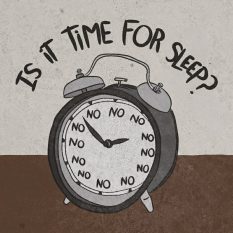 We laughed at the time that he was being needy and demonstrating attention seeking behaviour!  We have to find light in these situations; because at 4am when I’m trying to clear his chest and turn him in bed for the 14th time that night, we will either laugh or cry.  I don’t pity his inability, I don’t resent him for keeping me up all night; he can’t help it, and doing the things I do are all part of loving him.  Laughter helps, it makes the difficult nights a little bit easier and it reminds us of why we fell in love in the first place.

The evil, energy sapping, virulent cold bug has finally left us.  It took its time and it nearly broke us both; albeit in different ways.  I can’t fix him, all I can do is love him and care for him.  David has been researching hibernation techniques in a hope that he might not have to leave the house again until the temperature stays consistently above 22 degrees – I’m not even joking!  I’m starting to wonder if moving to somewhere semi-tropical for 6 months of the year is an option.  But then again, I’d probably have to deal with the wheelchair getting stuck in sand, or bug bites, or him being too hot, or spiders, or him getting sunstroke…there’s always going to be something I can’t fix isn’t there?