Lets start at the very beginning

Unless you have been living under a very big rock, a very long way away, or have no contact with social media, planet earth or life in general; you will know that I am getting married!

It’s very, very, very exciting and I’m going to share my experiences of wedding planning in these posts; having worked in the industry for over 10 years, I have a lot of knowledge!  But also to tell you a bit about our life together and how finding David changed mine.  My first blog post is about how we met and fell in love, a little bit later in life and with some pretty big hurdles to overcome. 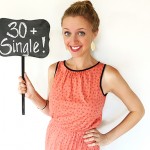 How did we get to this point in our lives, and why should you waste your precious time reading about yet another wedding and yet another 30-something year old dreamer who thought that even the vaguest chance of convincing a dashing young chap to fall for her, had well and truly passed her by?  Because this is a truly beautiful story about deep, real love and all the crap that goes with it! 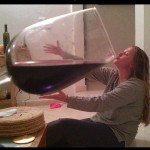 Just the one glass…

A bit of background for you; David and I met online (match.com) in June of 2013.  Saturday night, glass of wine in one hand (ok, bottle) and with as much enthusiasm as I could muster, I created a search and was faced with a list of other 30 and 40-somethings who were in reality, NOT what I was dreaming of.  A couple looked decent, a couple looked like serial killers and a couple looked like even 40-something was a distant memory.  But one stood out, his screen name was Samthesailorman; he had sparkly eyes and a naughty smile and there were several pictures of him looking outdoors-y and in a boat, the smile ever present, and he looked…well he looked NICE.  His profile was honest and funny and there was mention of his enjoyment of comedy, rugby, sailing, wine – he was ticking a lot of boxes!  And so I sent him a ‘wink’ (I was assured by fervent Googling, that this is the correct form of behaviour whilst investigating potential future ‘interests’ under the influence of the tiniest smidgen of Pinot Grigio).

And so it began….initially we exchanged a few one-line messages.  Within hours we were e-mailing.  By Monday we were flirting outrageously.  By Tuesday plans were made to speak on the phone.

And so, dear reader, I arranged myself at the appointed hour to call the man with sparkly eyes and a naughty smile, who mentioned something about “the wheelchair” (still hadn’t talked about that during our e-mail chats!) and accompanied by a glass of wine (yes, ok, there might have been a bottle there) I called him.

And then all sorts of fireworks started going fizz-bang and my head exploded; as I heard his beautiful voice for the first time something IMMEDIATELY clicked.  Within minutes we were talking about London (he had been there that day for a posh lunch with friends) and I joked about the small niche marketing agency I worked for in Kensington, near the hotel where he had been.  He joked about the small niche marketing agency he worked for in Bristol some years back and about their cute Kensington offices he used to visit.

He was called David (to this day I have no idea where the Sam thing came from!) and I remembered him as a floppy- haired arrogant so-and-so who used to breeze up from the Bristol office and go out on the town with the directors.  Well, that made the phone call easier!  We talked for hours, reminiscing about people we worked with, office parties (he remembered them, I didn’t!) and then he told me about “the wheelchair”.  I vaguely recalled him leaving the company, he had just got married and was off to be some big-shot director somewhere.  And soon after he did all of those things, he and his new wife, and 6 month old daughter went on a holiday in France with friends.  On the last night, he dived into a swimming pool and his world changed for ever.  He hit the bottom of the pool and suffered a serious spinal injury; once the French doctors stabilised him, he was flown back to Stoke Mandeville Hospital where he spent 11 months learning to live again as a disabled 31 year old man.

David’s injury meant he was completely paralysed from the chest down.  He had very little use of his hands and arms to begin with, and would be dependent on people around him for the rest of his life.  He eventually went back to work but it wasn’t the same; and so he got involved with various sports and hobbies, brought up his daughter and lived a very full life.  He explained his wife had left him some years previously and so he continued with all of the things that filled his days, but there was a pretty big gaping hole where ‘a person’ should be.  He had previously tried on-line dating with a bit of success and also told me some hilarious (and quite shocking!) stories about women who ran a mile when they realised he came complete with a wheelchair.

By the end of the phone call, we had arranged to meet for dinner that Friday.  The rest of the week passed in a blur; I couldn’t wait to meet this man who had made me smile and I felt more alive that I had done for years. 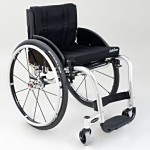 I won’t bore you with any more background; we went for dinner at Le Beaujolais in Cirencester, I drove home in a glitter filled bubble of joy and despite the wheelchair (it was exactly that, a chair with wheels!) I felt that I had met someone incredibly special and who made me feel like a gazillion dollars; and I couldn’t wait to see him again.  I went to cook dinner for him a few days later and found the conversation just as easy; he was so much fun to be with as well as incredibly easy on the eye and very cheeky.  We both admitted early on that we had very strong feelings for each other; I was drawn to him and started to hate leaving him and counting the hours until we would meet again.  He felt the same and it was obvious that we had both found something pretty amazing together.

Did you ever read ‘Me Before You’ by JoJo Moyes?  It’s nothing like that.  Nothing at all like that in fact!  Weirdly I had read it a few months before I met David; I cried my eyes out (everyone does) reading it because I had never known the enormity of such love and feelings between two broken souls.

And in the summer of 2013, I came to realise that true love does exist.  It does conquer all.  It does come crashing down on you when you least expect it.  But when you find your person, no matter how you find them; where you find them; or how damaged and broken they are when you find them; you will know.  You will know that they have been there all along and somehow you found each other and your life will become the scene from the movie or the chapter of the book that you have always dreamed of.  And you will find your happy place.  Mine is in his arms; and it always will be.

The thought of dating at the age of 38 was terrifying.  Pretty much all my friends were married with children and/or cats and I was still clattering about without ever having found ‘the one’.  And when I did meet ‘the one’ I had to consider how my life would be with a disabled man.  I was already fairly certain there wasn’t going to be much tree climbing or many salsa classes during our first few dates.  I wasn’t sure how much sex there would be (more on that later!) and if he would be able to love me as a slightly overweight lumpy thing with a frankly rubbish selection of sexy knickers and an unhealthy obsession with Hellman’s mayonnaise, penguins (real ones, not biscuits) and Welsh Rugby.

But in exactly 240 days time, we’re going to get married.  Starting out on this relationship wasn’t straightforward; planning the wedding certainly hasn’t been either!  If you’d like to read about David, his blog posts can be found here…

In my next post, I’ll tell you a bit more about spinal injury and how dating someone with a disability can come with challenges.  At the end of the day, he’s no different from anyone else, he just doesn’t do stairs very well.