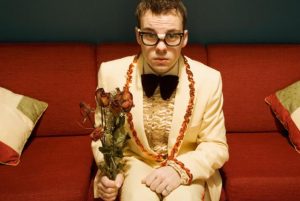 Waiting for Nicky to arrive for our first date evoked a lot of emotions, but mainly excitement, trepidation, and hope.  It was exciting because we had already spoken and messaged each other a lot, and I was looking forward to meeting this bubbly person properly.  Obviously our paths had crossed previously, but this was different.  In a way, the fact that she had remembered me from before worried me.  Would she be expecting an older version of the person she had seen in the office, or at parties? Although we’d briefly raised “The Wheelchair” matter, it hadn’t featured highly in our conversation.  This filled me with trepidation; how would she react when faced with me sitting there.  Also meeting somebody for the first time for a date is scary; would there be any attraction?  My hope was obviously that there would be a mutual attraction, and that this could lead to something.  Although we had only had one actual conversation, it felt like there was at least a spark of attraction, but I was concerned about how Nicky would react to my altered state, and all the implications that high level paralysis entails. 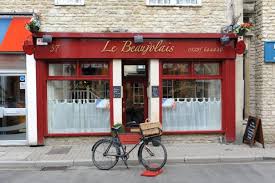 The time came.  I saw Nicky arriving, and went towards the door because it takes me a while to get into a position where I can open it.  Obviously, I didn’t want to appear too keen and be seen through the glass, sitting by the door.  I managed to turn the lock, and pull the door a few inches, and then had to move out the way and ask her to push it the rest of the way. Instantly I remembered her, and was pleased to see her big beaming smile.  As we went into the lounge, my carer (personal assistant), Jan, was there, and I saw Nicky’s smile turn to a look of confusion.  I then realised that I may not have mentioned that I had a carer 24/7, I may have mentioned that I had a PA, and Nicky could have interpreted that as being a secretary.  Nicky is quite expressive, so it is always clear when things are bothering her.  Fortunately Jan was very discreet; said hello and then disappeared.  This gave me an opportunity to explain the relationship.  Things seemed to be OK, and I hoped that this would not be an issue.  After a bit of a chat, it was time to head off to the restaurant.  I can’t remember if Nicky had told me about the time she’d spent in France and her love for French food, or whether I had just been spectacularly lucky with my choice of restaurant.  Whichever, it was a good choice to go to Le Beaujolais.

Obviously it would be inappropriate, and a bit weird, to take a carer with us to a restaurant, or anywhere else for that matter.  Similarly, it would take several weeks to train somebody in the skills required to cope with an emergency.  Sometimes you just have to take a bit of a risk. I had Jan’s number, and I was reasonably certain that Nicky wasn’t an axe murderer.  To look at me in my day chair, I look more able than I actually am.  The chair is designed with a bucket seat and a supportive backrest; this enables me to sit upright.  Although my posture isn’t great, without this seating I would fall out of the chair.  I have no functional control below my chest, so I’m just balancing.  Usually I’d wear a strap to help hold me in my chair, but I wanted to create a good impression, so I took the risk that I could navigate the journey down to town without getting into difficulty.  Similarly, I hadn’t explained about my catheter and leg bag, Autonomic Dysreflexia, the fact that my hands didn’t work, bowel management, postural hypotension, etc etc.  How do you even begin to impart this information without putting the fear of God into somebody?

The chair that I have looks like a manual chair, but the wheels are power assisted.  Without that assistance I am limited to almost flat, smooth surfaces.  The alternative to this is a fully powered chair and a joystick.  Despite the hospital suggesting that this would be what I would need, I have always resisted this because I feel that it makes me look more disabled.  They also limit what buildings I can get into, and dictate what type of vehicle I would need.  In Stoke Mandeville I spent nearly every day pushing a manual chair very slowly round a circuit of 2 wards.  I think Nicky noticed the control for the power on the wheels, and this appeared to trigger concerns.  I could have been reading too much into her facial expressions, but I was worried that what she was seeing was more than she had envisaged my disability to be.

Trying to be as independent as possible, we walked (and rolled) into town. Fortunately it wasn’t raining because the pushing rims do not grip well in the rain, and I’d have needed more assistance.  Getting in and out of a car is even more problematic, and that would have exposed another area in my life where help is needed.  I managed most of the journey without help, just a little bit of a push out of the underpass.  We chatted constantly, and I remember the conversation being good fun.  I tried to take the focus away from the obvious mobility issues.  There is a bit of the journey which goes alongside a dual carriageway.  It is very hard with my reduced lung function to be heard over the cars on this section, so I think I just used the hill to show that I could whizz a little bit.  Not sure if it’s possible to look cool in a wheelchair, but I was definitely trying to create the impression that I didn’t need too much help.  I’d already realised that I was enjoying her company, and I wanted to put her at ease so that I had a chance of her wanting to see me again.

When we arrived at the restaurant we faced the problem of a closed door, a bit of a threshold to get over, and a thick doormat.  I needed Nicky to help me through, and she soon realised how hard it is to juggle all these things together, without drawing attention to us as we entered.  It would have been useful if I had explained my balance issues because as she helped me, the chair stopped dead. I fell forwards, but somehow she managed to save me from falling out.  Obviously this was quite a shock and realisation for her, but unperturbed we continued chatting, reminiscing and finding out about each other.  It all felt so easy and natural.  I think that she had done a bit of research on spinal injury, and she seemed to be quite perceptive to my needs, but sensitive enough not to just do things for me.  It’s very hard for people to know how and when to help; it is hard to find a balance between doing things that I may or may not want doing, asking me for every little thing, or just watching me struggle and waiting for me to ask.  She seemed to be taking everything in her stride, and my disability just didn’t seem to be an issue; or maybe I was just me seeing things through rose coloured spectacles. 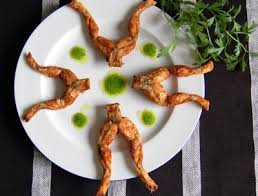 We chose the wine together, and ordered.  I decided to go for frogs legs because these would be something that I could pick up.  Although my fingers don’t work, I can close my thumb against the side of my hand by flexing my wrist.  This is called a tenodesis grip; it’s not pretty, but it works for some things provided that they are in a good position.  Eating BBQ’d ribs or chicken wings tends to end up quite messy.  Ordering the main course I made a mistake and ordered a chicken dish. When I’m not using my hands I stick a fork into the gap in the glove that I need to provide grip on the pushing rim of my chair.  I can’t, however, hold a knife. To hide the need to get my food cut up for me, I had meant to order something that wouldn’t need cutting.  Nicky put me at ease when the food came, by asking if I needed it cutting up.  She seemed to just get it.

The conversation flowed so easily, partly because of the common ground we shared, but also because Nicky is such an amiable, bubbly character.  I still love the fact that after 3 years we still find so much to talk about, and also meet new people easily when we go out.  We left the restaurant and headed back up the hill home.  It was getting late, and Nicky still had a long drive back to Monmouth.  We carried on chatting for a while when we got back.  I didn’t know what to say; should I say I’d love to meet up again, and face possible rejection, or take the coward’s route and find out by messaging?  I took the coward’s route.  We kissed goodnight, and Nicky was on her way.  It was really hard to gauge what she was thinking (for once!).  I was really worried that I was more disabled than she was expecting, and that she wouldn’t want to deal with it.  After all there are thousands of single, able bodied men out there on dating sites.  Also, Monmouth took quite a while to travel to and from; it’s not that far, but the journey took an hour and a quarter each way.

Anyway, I sent a message that night, saying that I’d had a great night, and I asked if she’d like to meet up again.  Nicky had got delayed in roadworks on the way home, so the I didn’t get a reply.  She had said that she would let me know when she had got home, and I’d heard nothing.  I really thought that that was that.  Dosing off, a message came through; I was really excited.  It’s really hard for me to pick up the phone because lying on my back in semi darkness, I can’t see it.  Also, having no feeling in my hands, I can’t feel for it.  I have an environmental control unit which controls the lights, and a controller for the bed to sit me up.  At night my hands go really tight as well, making it especially hard to pick anything up, but I was desperate to find out what she had said.  I was delighted to find out that she had really enjoyed it, and did want to meet again.  This felt really exciting, and we started messaging again early the next morning, flirting, and arranging the next date…….